Adam Davidson is an American journalist focusing on business and economics. He writes for The New Yorker, The New York Times and is the co-host of Planet Money, a co-production between NPR News and This American Life.

In The Passion Economy, the talented storyteller Adam Davidson focuses on the transformative relationship between employees and their jobs in the 21st century. While the previous century’s economy was defined by a “mass economy”, which required strict conformity, Adam Davidson advocates for a “passion economy” that reflects this new era in which profit and passion are inextricably linked. In particular, he examines the case of small and medium businesses whose survival depends on a well-founded growth strategy. Those companies must adapt to new business models, which are formed around individuals and their passions.

There are eight ground rules of the passion economy:

–          Rule #4: Fewer passionate customers are better than a lot of indifferent ones

–          Rule #8: Never be in the commodity business, even if you sell what other people consider a commodity

The book is wholly inspiring, and will help you think differently about management. It highlights the concepts of intimacy and personal expression, which had been cast aside by the mass economy. 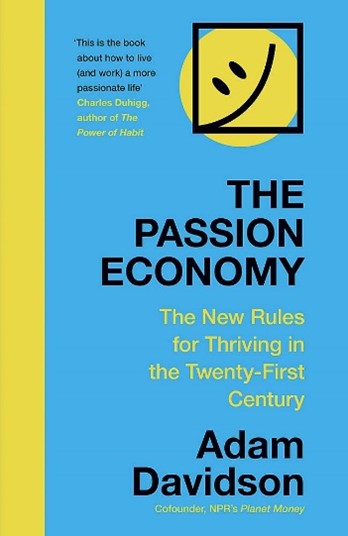