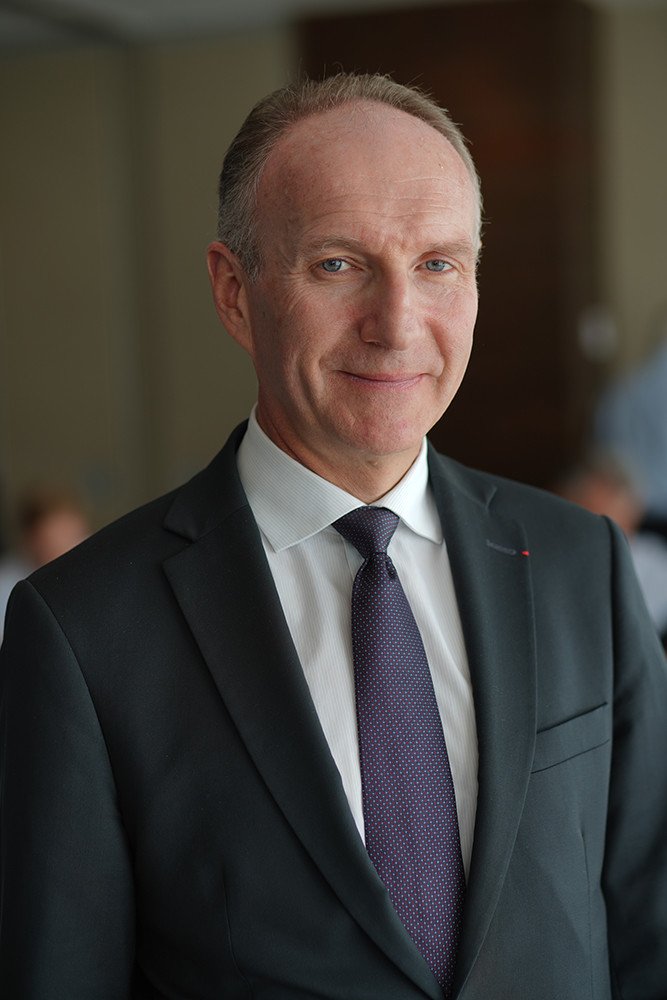 He began his professional career in 1988 as head of communications for Bolloré Group. In 1990, he joined the Finance Department of Paribas Bank. In 1996, he joined Paribas General Secretary, then became COO of BNP Paribas Lease Group Italia in Milan in 1999. Back in France, Olivier Buquen continued his career with Plastic Omnium, a global industrial group. A member of the Group’s Executive Committee from 2002 to 2009, he was successively Executive VP Business Development of Plastic Omnium Environment, CEO of Compagnie Signature (European leader in road signage, 230 million euros of revenues, 1,500 employees), then Executive VP Business Development for Plastic Omnium Group. Olivier Buquen joined the French Administration in 2009 as Head of France’s Business Intelligence Office until 2013, then State Controller at the Economic and Finance Ministry (2013-2016), before joining Chargeurs Group in 2016.