Lainière SantéTM X Maje: style and safety at all times

Safety and style unite: Lainière SantéTM and Maje have joined forces to create barrier masks, which not only meet the performance specifications set by AFNOR (French association for standardization) and ANSM (French National Agency for Medicines and Health Products Safety), but also add a touch of fanciful elegance. The fashion brand’s designers made three exclusive prints for Lainière SantéTM. The idea was to produce a look that could be stylishly tailored to each and every individual.

As masks are now required almost everywhere, Chargeurs’ research teams have developed protective masks using ultra-comfortable, ultra-filtered and ultra-breathable fabric. With three protective layers, the masks can be washed up to 20 times thanks to their antibacterial and water-repellent treatment.

Available online at www.lainiere-sante.com, masks can now be much more than just protective. Lainière SantéTM X Maje are now a must-have fashion statement. Once you try it on, you’ll never want to take it off! 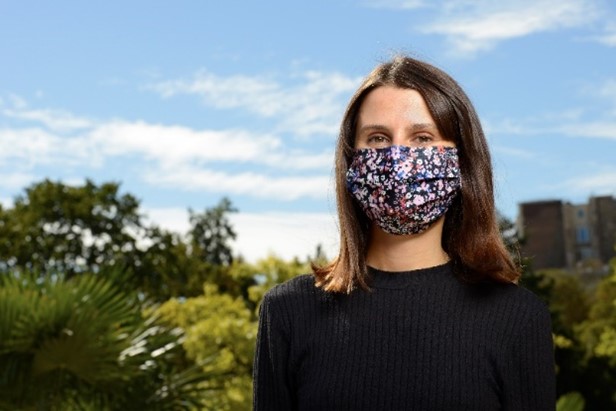 In a show of commitment and solidarity, Chargeurs donates personal protective equipment

After quickly streamlining production lines, Chargeurs has decided to donate more than 10,000 liters of hand sanitizer, as well as masks and lab coats, to healthcare workers. The Group has also provided health products to vulnerable nursing home residents, as well as the Emmaüs France association, the Œuvre de Secours aux Enfants humanitarian organization, the Apprentis d’Auteuil foundation, the Orphépolis institution and many more. The donations serve as a reminder of the vital role played by companies in addressing the health crisis. Moreover, they are a testimonials to the Group’s commitment and solidarity towards citizens who are most at risk.

This advocacy is a key component of Chargeurs’ corporate identity. In the midst of the crisis, Chargeurs has also taken the initiative to invest €10 million in an effort to guarantee the independence of its main locations (France, the United States, the United Kingdom and Switzerland) from a health standpoint. Through its investments and its employees’ unwavering commitment, the Group has successfully strengthened its locations’ health sovereignty, an issue that has now become strategic.